Don’t forget that the meetings for March and April have been pushed back one week to the 3rd Tuesday. See you there!

If you signed up for pottery, make sure you are ready for the first session this month at Jimmy Potters’ Studio.

Don’t forget to sign up for our cooking demonstrations! So far we have plans for making a Japanese, a Chinese, a Peruvian, and a Mexican dish. We’ll also learn to make mozzarella from scratch.

What a fun meeting we had today! We did a warm up character description exercise, set our goals for the project, and then wrote some more about the character we created in the first exercise. Everyone came up with such creative ideas.

We voted to donate gifts and cards to teens at the Kathrine K. Hanley Family Shelter to add some cheer to the lives of homeless teens over the holidays. With every thing that we have in our lives, it is hard to imagine not having a home to go to at any time, and especially in the winter. We made gifts of new personal items like earbuds, clothing, perfumes, colognes, cosmetics, candy, and so on. The things we thought we would miss if we had no home for the holidays then we gathered to wrap them and to make cheerful cards to go with them. 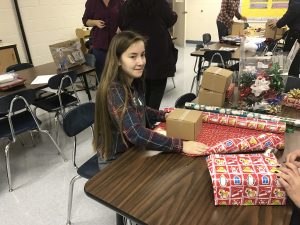 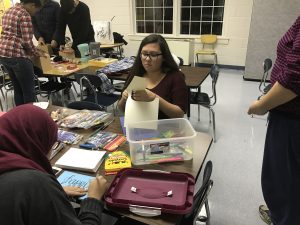 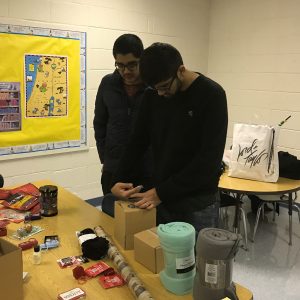 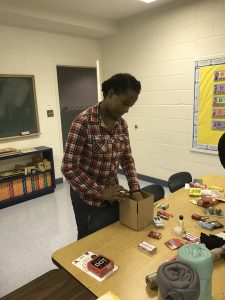 Don’t forget to sign up for the activities that you want to participate in for this year! Also, remember to bring supplies for our December meeting. We will need paper, markers, and other decorating materials.

As the new school year begins, the club must select new officers to lead us in our meetings and other events.  We chose a president, a vice president, a secretary, and a treasurer. This year, we have an awesome new group of club officers. Good luck to all!

After our Fall harvest, we had a lot of surplus vegetables. We voted to donate them to the Burke United Methodist Church. The Church has a number of ministries through which they provide food to the needy, including the Loaves & Fishes and the Hungry Kids Ministries. We took squash, pumpkin, tomatoes, and more to the Church. We are sure that our trombone squash and that hefty pumpkin will feed a lot of hungry people! 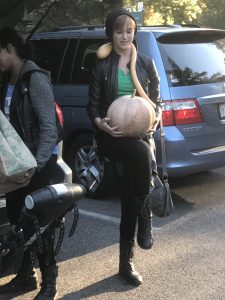 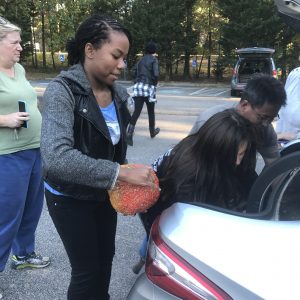 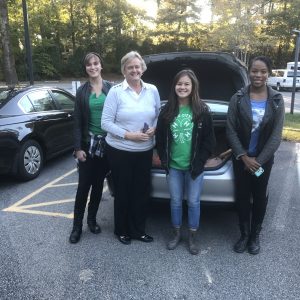 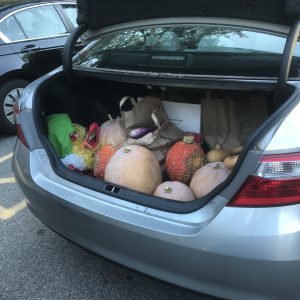 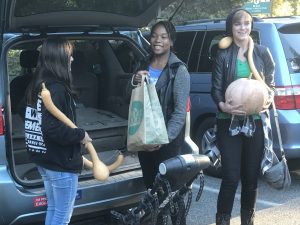 What a rainy day! But we persevered, offering goodies that we made to support the Fairfax County Animal Shelter. We did not sell the desserts for a fixed price but offered them to the people who came by in return for a donation. At the end of the day we had some desserts left over and we gave them away. The people who took the free food still gave very generously to our cause. 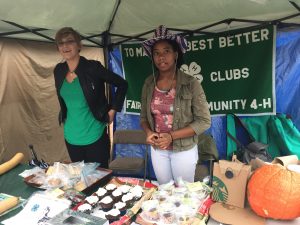 It’s just our first year working on this garden and we are so happy with what we’ve been able to accomplish. To celebrate our work and the contribution of our partners, we had a party today, cooking up some of the great veggies that we grew! 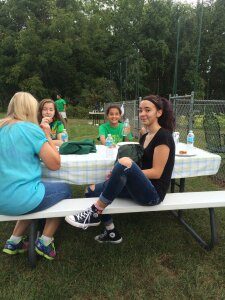 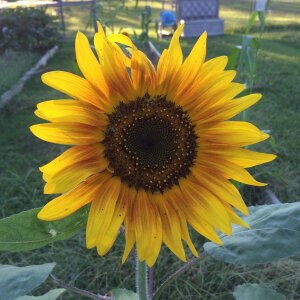 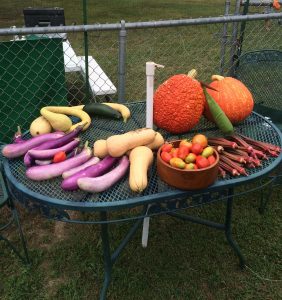 Recently in our club

This list changes often, as our members decide what activities we do each year.